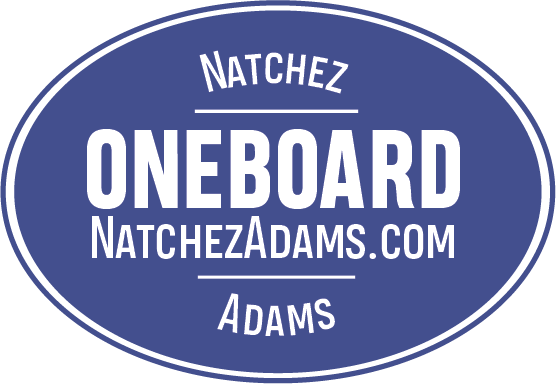 What do the City Aldermen do that cannot be accomplished by the Board of Supervisors?
That question has been asked and the subject has been reviewed, and no one at the City has yet been able to provide an answer to that question.

How will utilities for residents within City boundaries be handled?
Proposed legislation should not affect street lights or electric service through Entergy and Southwest. Gas service will be same (through Atmos). Water service depends with no change or attempts to go after water rights. Waste management will ultimately be through contract with Board of Supervisors. Law enforcement and fire protection will be consolidated under the Board of Supervisors as will inspections and code enforcement—areas long ago studied and recommended for consolidation. The County Administrator will be tasked with the functions of the present City Clerk. Parks and Recreation will fall under the Board of Supervisors.

What will the proposed legislation do? LINK to Draft OneBoard Org Chart

Generally, how would the special taxing districts work?
We have a group working on legislation to address these issues now. Community input has been productive. Anyone who has a particular item for consideration in this draft legislation should contact ONEBOARD at 329 Market Street, Natchez, MS 39120, Ph. 601.445.4148 or contact@oneboardnatchezadams.com.

How would sales taxes be handled?
Sales tax is 7% of any sales. Cities receive approximately 20% of that 7%; Counties receive none. THEREFORE, Adams County can request legislative authorization for a tax diversion (that otherwise would go to what would become the former City of Natchez) IN Adams County to effect adequate funding for sheriff, fire, and road departments.

Where can I review my City taxes?
For information about taxes for property owners (including car tag) within and outside the City limits: https://www.adamscountyms.net/online-services/.

Why won’t the BOS provide the match money to the City for the Stennis forums on consolidation?
The BOS met recently to consider the City’s request but did not approve the match. Specifics about the BOS reasoning would have to be directed to the BOS. Using available resources, rolling up their sleeves to do the hard work, reviewing available records and reports, and conserving public monies for services seems characteristic of county boards of supervisors—probably because they know they well their broad responsibilities to everyone in their respective counties. BOS generally run lean. At least some, if not all, at our BOS are exhibiting intellectual curiosity and are reading available materials in the context of population shrinkage, job losses effect on the economy, and other variables and are applying the information to today’s situation for our area. Boards of supervisors are already equipped to provide basic governmental functions and services to the residents of their entire county. It would be inconsistent with their mission for BOS to support duplicative services. In some instances, BOS even enter into interlocal agreements. Examples are found at http://www.ago.state.ms.us/divisions/interlocal-agreements/. Our BOS is no different. No doubt, our local taxpayers have their own “to-do” list for our BOS, but our BOS has already stepped up its game with a County Administrator who administers the BOS program, pays the bills, identifies problems, and takes concerns to our BOS for resolution. There is not a lot of fluff with this BOS. They probably know well that those who live “out in the County” will not put up with it and they seem to give attention to affordability for services.

Does the Board of Supervisors have authority for zoning and planning?
Yes, except for farms.

Where would Natchez stand for grants?
OneBoard has been advised that Natchez will still be eligible for grants, and further that an Economic Development Area can be established for the Natchez historic center/bluff/entertainment district. Miss. A.G. Opinion No. 2018-00213 (Aug. 3, 2018)

Explain difference between annexation and dissolution where City debt service is concerned.
The City assesses millage on all taxable property in the City. Property owners annexed into the City “take on” existing and new City debt service. This is a reason City public officials who are proponents of annexation push to annex properties in the county. This is a reason many property owners do not want to be annexed by the City.

What does OneBoard say about the Stennis Institute presentations on the different forms of Mississippi municipal government and consolidation?
See Paul Benoist’s editorial(s) on the OneBoardnatchezadams website and in the various news publications.

Does the current form of city government prevent the Mayor and Board of Aldermen from performing basic government administrative functions such as balancing city accounts, spending responsibly, preparing/approving/indexing/numbering minutes, complying with public records and open meetings laws?
No. Stennis Institute says, “any of the forms of government can be effective” depending on elected officials’ behavior. For city elected officials or their “handlers” to attribute irresponsible city elected officials’ incompetent actions on government form is completely misplaced, and the good people of this area can see through this. Changing out forms of government, a red herring and delay tactic, will not cure our area population and economy problems.

Write to contact@oneboardnatchezadams.com if you need clarification or have any other questions for responses.